The pilgrimage to Jerusalem by Empress Saint Helena in the year 326 would forever position the Holy Land as an important destination for anyone identifying as a follower of Jesus Christ, and that place of importance for Catholics has only grown over time. St. Helena’s discovery of relics and the various holy sites are sites still visited by pilgrims today. According to the Israeli Ministry of Foreign Affairs, in 2014, out of 3.3 million visitors to Israel, 56% of incoming tourism was Christian tourism, 41% of which was Catholic. 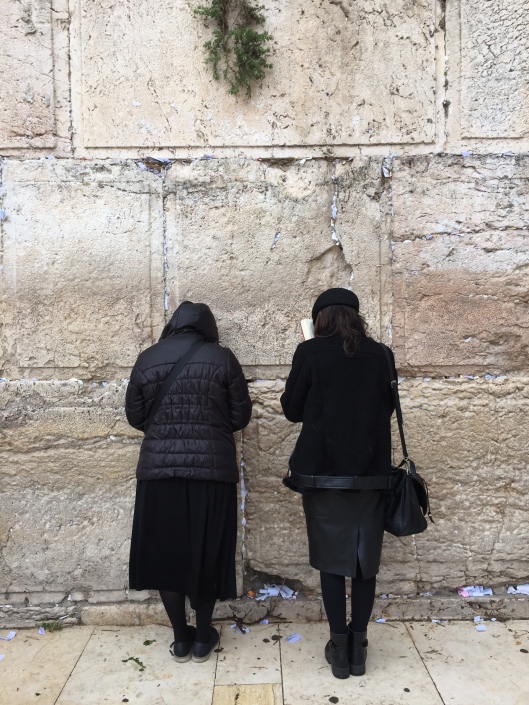 A pilgrimage is a journey that’s sole purpose is to honor God. In the Torah, God commands Jews to make a pilgrimage to Jerusalem three times a year: Pesah (Passover), Shavuot (the Feast of Weeks), and Sukkot (the Festival of Booths). Because the Jews, our elder brothers in faith, were familiar with this mandate from God, a pilgrimage would not have been an idea foreign to the early Christians.

Christians have been making pilgrimages to the Holy Land virtually since beginning of the Faith. The early Christian scholar, Origen, recorded examples of inhabitants of the Holy Land showing ancient visitors sites where Christ performed miracles as early as the 3rd century. One of the earliest pieces of evidence of Christians making pilgrimages to the Holy Land in search of the places where Jesus lived and carried out His public ministry is an inscription in a stone that reads, “Lord, we are here.”

For Christians, making a pilgrimage has never been something into which a person entered lightly. The very early Christians traveled from various parts of then-Judea to the different locations around the country where locals directed them to sites where Jesus and the Disciples exorcised demons, healed the sick, and taught the Word of God. In the Middle Ages, pilgrimages were sometimes given as a penance to a penitent who had committed a particularly heinous sin, not so much as a punishment, but as a purgative of sorts in order to atone appropriately for that sin because, in addition to a pilgrimage being a way to pay homage to the Lord, a pilgrimage, by its nature, is meant to be an arduous undertaking; the idea being that Christ carried His cross for all mankind, so could a pilgrim suffer a bit traveling to the land of His birth. The suffering experienced during the journey could be “offered up” for the poor souls in Purgatory, so it was not only a cleansing suffering, but a fruitful suffering as well.

For the modern pilgrim, the worst hardships to be experienced during the journey probably don’t extend much beyond a delayed connecting flight, a crowded plane, or lost luggage; however, the prayerful activity of a pilgrimage is still recommended to the faithful.

Making a pilgrimage, particularly to the Holy Land, is an important spiritual undertaking that will deepen a person’s faith in a unique way. For anyone not familiar with the history of Christianity, being in the Holy Land fleshes out the missing pieces, allowing for a much clearer, firmer foothold in the genealogy of the faith. Israel makes real for Christians the Jewish past that is the cornerstone of the present faith. 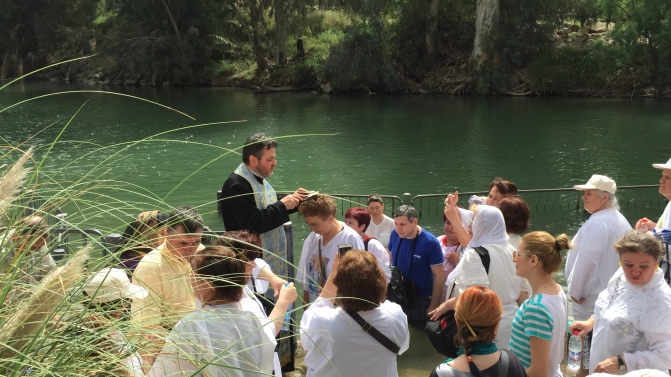 Ukrainian Orthodox Members Receive a Blessing at the Jordan River

Susan Ignatius, a member of Fairway Christian Church in Florida, who, along with her daughter and others in her group, was baptized in the same waters of the Jordan River where Jesus was baptized by his cousin, John. Born in India, Susan’s father moved the family to the United States because he feared that persecution of Christians was eminent in India. “Christians need to come to the Holy Land so that we can walk where Jesus walked, so that we can be one in Jesus,” Ignatius said.

Israel is the birthplace of Christianity, creating a bond between the place and the faith that cannot and should not ever be severed.

4 thoughts on “A Catholic Pilgrimage to the Holy Land”